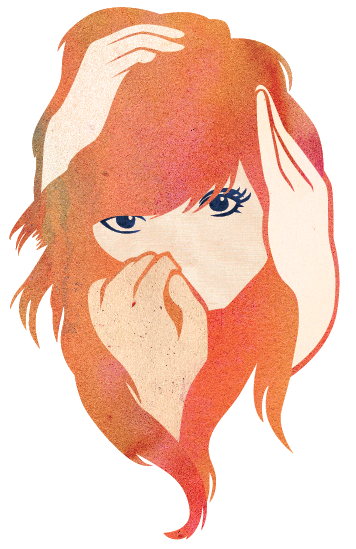 Narcolepsy is a condition that has an enormous impact on a person’s life, and can have impacts on their mental health.

Narcolepsy can be a very isolating condition, and explaining it to people can be an extremely difficult task due to low awareness in the general public. This is often made worse by people who don’t want to listen, mistaking the symptoms of narcolepsy for laziness and lack of effort, and sometimes believing that narcolepsy is nothing but a convenient excuse to sleep all day. After dealing with these attitudes for a long time, it can be hard for a person with narcolepsy to remain upbeat and motivated.

Having narcolepsy can sometimes make it very difficult to get out and do things, and making plans can be hard due to the varying nature of symptoms. Having trouble working, seeing friends, and generally being out among other people can take a big toll on a persons’ wellbeing.

Sexual and relationship problems are also an issue that may arise for people with narcolepsy. Feelings of isolation and low self esteem can push others away emotionally, while cataplexy and sleep attacks can occur during sex, leading to awkwardness and feelings of rejection if there is not open communication between partners.

Altered sleep cycles, lack of rest and changes in brain chemistry all help to cause mood swings, a common occurrence for those with narcolepsy (often made worse by the side effects of medication). This can put a strain on relationships, especially within an environment where you are more likely to come into contact with other people whilst not completely aware of your own behaviour.

The rate of depression in people with narcolepsy is around six times higher than the average person. Recent research has shown that this could be connected to the changes in our brain chemistry. The hypocretin that is lacking in narcoleptic brains is now thought to control not just sleep cycles but also emotions — specifically experiences of happiness or interest. When this chemical imbalance is combined with the issues listed above it can have a very damaging effect on a patient’s life, and the cycle can be heard to break.

Depression is a serious illness in its own right. It should not be seen as a flaw or a weakness, but as another aspect of narcolepsy that should be treated by a medical professional, just like sleepiness or cataplexy.