You may have seen blue light brought up as an issue for getting good night time sleep, but for this post I’ve decided to do some research to understand exactly what blue light does to us and how this can help us regulate our sleep…

What is blue light?

“Blue” light is the name given to visible light of a certain wavelength that humans perceive as the colour we call blue. Blue light has a shorter wavelength (when compared to yellow and red for example) and therefore more energy.

How does blue light affect wakefulness?

Blue light has now been proven in multiple studies to have a significant impact on our circadian rhythms. Our eyes pick up on different frequencies of light, incredibly even blind people can still be affected by these frequencies even though the sight part of their eye no longer functions.

When our eyes pick up on this blue light, it triggers a response in our brain that tells us to wake up by inhibiting melatonin production. All sources of light will have this effect to some degree, but blue light has been proven to suppress melatonin for twice as long as green light (the next strongest frequency). You may know melatonin as one of the hormones that puts us to sleep, sometimes used in the treatment of fragmented night time sleep, so you can understand how delaying its production would prevent you from feeling sleepy at the correct time.

How can I use blue light to help regulate my sleep schedule?

As blue light promotes wakefulness, it can be used to help kick-start the brain. Blue light has been proven to improve both energy levels and mood when used in the morning. Try to absorb as much natural light as possible during the day, especially in the morning, by either going out for walks or simply sitting near the window. This is beneficial even on cloudy days (the sky doesn’t have to be blue!)

Conversely, blue light should be avoided in the evening where possible, to prevent it from promoting wakefulness at inappropriate times. One big source of blue light in our society today is technology, specifically the screens of computers, tablets, phones, e-readers and televisions.

It is best to avoid them altogether, however there are other things you can do to help cut down your exposure (as discussed below).

What are some things that will help me wake up in the morning? 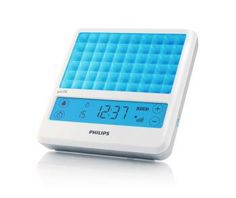 Example of a blue light box

You may have heard of these “light boxes” before, long used by people with Seasonal Affective Disorder to treat issues cause by the limited hours of light in certain parts of the world during winter. More recently, as we have learned more about light exposure and its effects on our functioning, light boxes have mostly become blue-light devices and are now used by a greater range of people to help them wake up in the morning. Usual recommended exposure is 15-45 minutes upon waking in the morning.

However, if you are like me and don’t want to spend money on extra gadgets, I just use my phone on the brightest setting for a while as I wake up which seems to help me. It probably doesn’t emit as much light as a lightbox would, but I still notice an effect.

One major problem I have at night is continuing to use my phone and laptop well into the night. It is hard to find a balance though, as there aren’t many other activities I can do at night that will keep me awake! Luckily there are some things you can do to keep using your devices and still block some of the blue light from inhibiting your sleep. 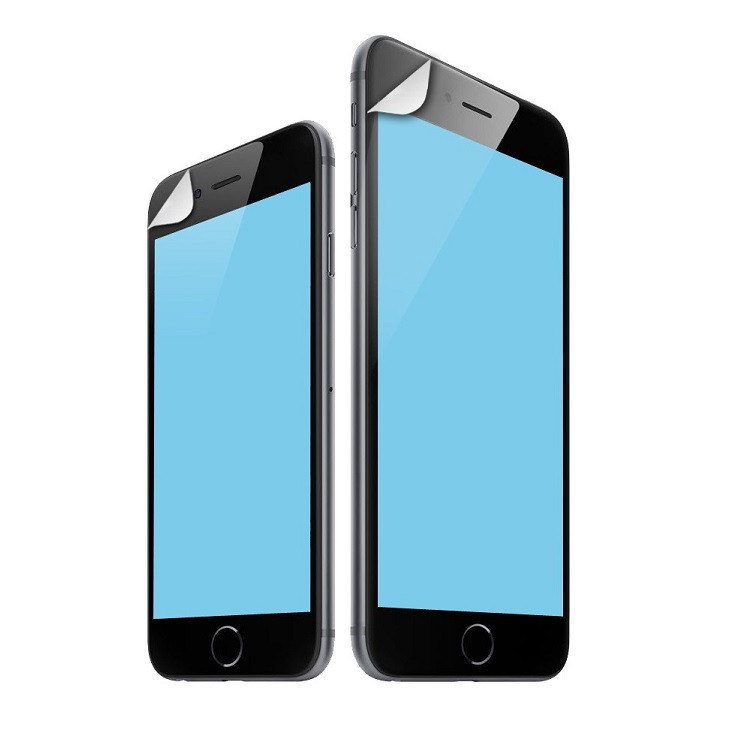 Block out the blue!

The easiest change that I want you all to do right now is get this app called f.lux – you can use it on your computer or android phone, and it will alter the colouring of your screen to be more appropriate (and less blue) for the time of day. It has helped me a lot with getting to sleep and kept my eyes from getting sore and stingy.

If you are like me and have an iPhone, you are out of luck in the f.lux department. However, physical barriers are also an option. You can buy covers for your phone (or other device) that will block blue light, and are usually fairly cheap. However, you can’t really put it on and take it off repeatedly, so it will prevent you from being able to use your device for light in the morning as I described earlier.

Alternatively, you can also find blue-blocking glasses which you can take on and off, which will save you the trouble of finding individual barriers for each of your devices. Of course some people find wearing glasses uncomfortable, and you will be making a bit of a sacrifice in style!

I’ll admit I’m a bit of a newcomer to the area of light therapy, so I can’t give any specific recommendations, but if you have had success (or failure) with any lightboxes or blue light blocking products please let me know in the comments below 🙂